Simple Tips for the Cyanogen Mod of the EVO 4G 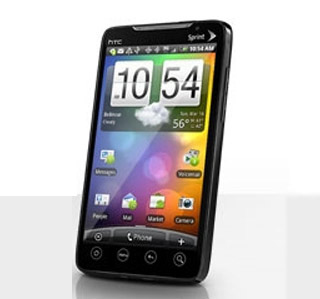 The problem: My Evo 4g Android phone ran out of space constantly due to the limited “on phone” memory (428 mb total).  Most of this space was eaten up by apps my mobile carrier, Sprint, had added to the phone which couldn’t be moved to my SD card.  Things like “Sprint NFL”, “Sprint NASCAR” and “Sprint TV” as well as a host of apps like Blockbuster, which I’d never, ever use.

With Android, your apps need to first be loaded to the phone, before you can move them to the SD card, so I literally had tons of SD space, but couldn’t move anything there.  Over the past year, this became worse and worse, to the point where it was a real issue.

So, as suggested by David Churbuck and Alexei Vidmich, I decided it was time to root my Evo 4g and take back control.  I was shocked by how easy it was to do.

For Evo 4g users, there are full instructions here. Here are a few tips from my experience (it took about 30 minutes, then about another hour of customizing and installing the apps I wanted).

Overall, the process is fairly simple.  If you can access the drive on your phone to download pictures and know how to unzip files on a computer, you can probably handle it without issue.  If you’re concerned, call your favorite geek and ask him to help.  Be sure to provide a 12 pack of his favorite barley pops, or perhaps dinner, to ensure future tech support service.

It is VERY important that you re-calibrate your battery.  To do this, go to the Android Market, and download Battery Calibration.  You will need to fully charge your battery, then use this plugin to delete the battery stats file on the phone and then fully discharge your phone and charge again to 100%.  While this seems like a fairly silly step, it is utterly crucial to getting the most out of your battery.

Okay, so now you have your phone rooted.  It looks pretty bland with the default theme, and no apps on it.

A few apps I strongly suggest

Social Media Apps (if you’re into it, you’ve already got your favorite apps, but here are mine):

Apps I haven’t yet installed but need:

Okay, let’s hear your suggestions in the comments.