I’ve got a long and storied history with Twitter.  At first, hated it.  Then loved it…and recently have been somewhat ambivalent.

Personally I think the short form blog, which is what Twitter is, appeals to some of the very things that are wrong with modern society.  It’s designed for the ADHD generation, feeds the growing cults of personality, and in general, is a prime expediter of the dumbing down process.  The whole thing was designed to be scanned, not read, a very fact against which the writer in me is compelled to rebel.  Beyond that, I attribute it to the ongoing decline of blogs and blog commenting.

That was until I saw a new app for the iPad called Flipboards (free).  This app takes your twitter and facebook feeds, as well as just about anything else RSS and on the fly retrieves the summary data from the links which are embedded and constructs an online newspaper format for you to read it in.

So now, instead of reading a limited 140 character post, with an unintelligible shortened url, the app pulls down all the content, pictures and all and creates a very user friendly representation of the data.

That’s the point at which the world changed…

Now instead of this: 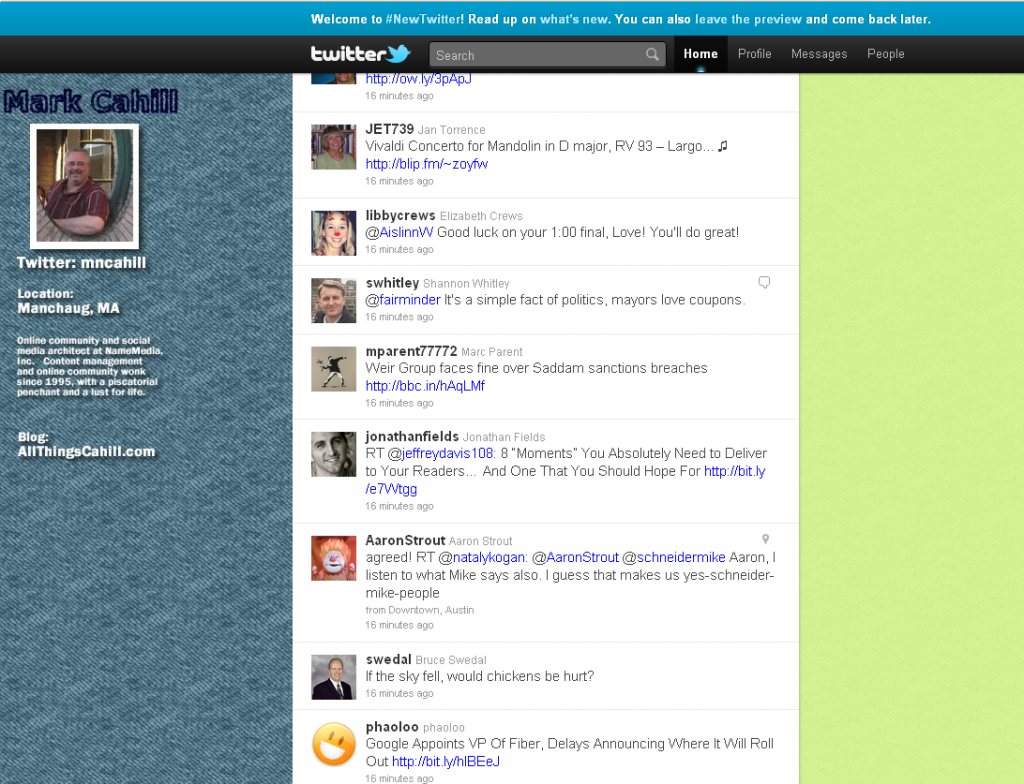 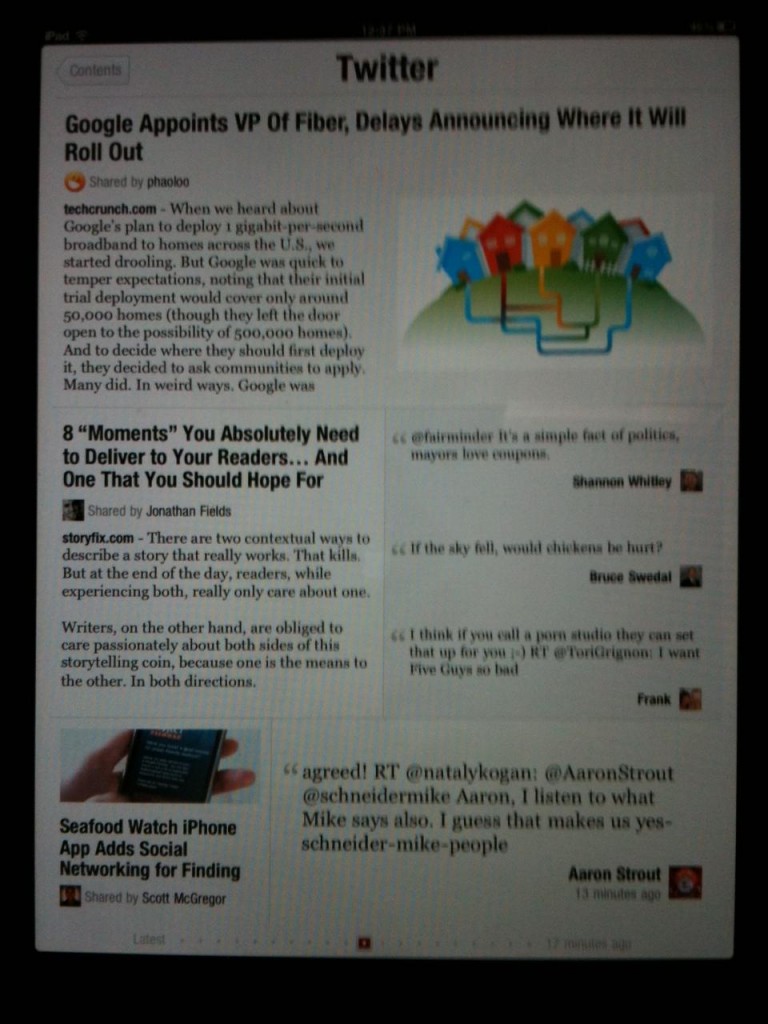 (Sorry for the blurry photo – it’s actually visually stunning, but I had to take the pic with my iPhone in my dark cubicle and with my hand tremor in full force today, that’s as good as it gets)

Overnight, that makes Twitter (and Facebook) a crowd-sourced news clipping service which brings me all the news that’s fit to link.

Oh, and by the way, RSS is dead as a reading format.  It’s now a cross-site content transfer language.

Try it, I think you’ll be as blown away as I am. 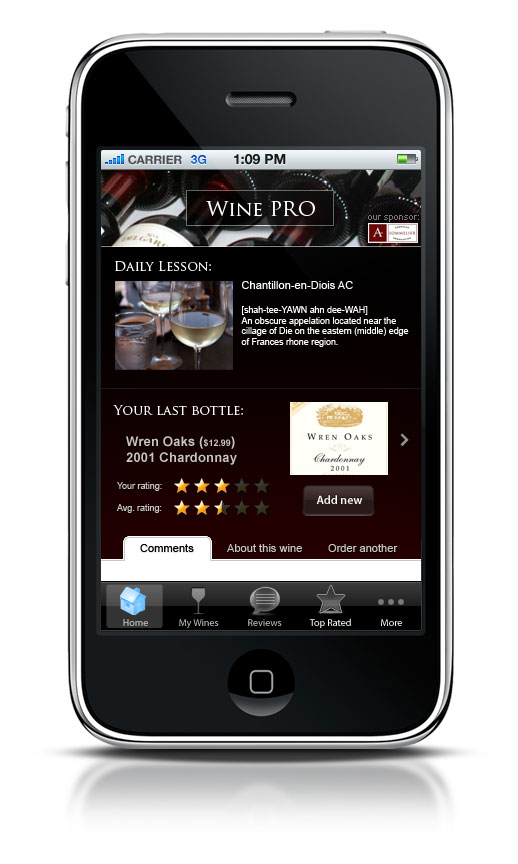 The big secret of iPhone apps is coming out of the bag: most apps that are downloaded are rarely, if ever used.

While I’m not saying we’ve jumped the shark here, it is important to note that if the New York Times has picked up on this fact, then it’s approaching common knowledge.  Read their article, “When iPhone Apps Are Too Smart” here.

So, for every zealous owner whose iPhone is loaded with little-known programs that predict asteroid fly-bys, there are many more Caroline Cuas, who seldom venture outside the predictable. Most say they’re too busy, too lazy or just plain flummoxed by the choices.

“I think I’m supposed to want more of them than I have,” said Julie Graham, a psychotherapist in San Francisco who echoed Ms. Cua’s vague anxiety. “There’s this sense that I’m missing out on something I didn’t know I needed.”

Ms. Graham, 50, said friends were shocked when she confessed to having failed to download Urbanspoon, a compendium of restaurant reviews. She now has it — and seldom uses it. “I don’t have time,” she said.

So what does it all mean?  I’ll put it simply: don’t put too much stock into how many times your iPhone app (or any other) was downloaded from the App Store.  More importantly, build in the appropriate mechanisms to allow you to find what the actual usage was.  Once again, it comes down to a pure matter of metrics.  How many page views, how many purchases, etc.

Similarly, we’ve got to bridge the gap between coding neat little apps that get downloaded and get to the point where we have serious apps that get used.

A few things to consider:

Let me know what you see…I’d love to share info on this!