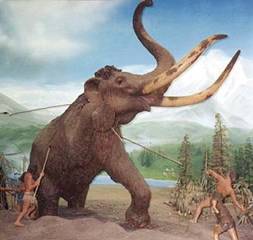 Another really bad week in which to be a lover of print media. Yesterday came the stunning announcement that The New York Times Company ad revenues for all papers had declined 18% in July when compared with last years numbers. Even worse, especially if you’re a member for the Boston Globe or Worcester Telegram staff, the ad numbers for the Time’s New England Media Group dropped 24% vs. last year. Keep that in mind for a couple minutes…we’ll come back to that shortly.

Jay Marriotti, who many of us may know from ESPN, quit yesterday. Cbs2chicago.com reports:

Mariotti told CBS 2’s Dorothy Tucker that he decided to quit after covering the Olympics in Beijing because newspapers are in serious trouble, and he did not want to go down with the ship.

“It’s been a tremendous experience, but I’m going to be honest with you, the profession is dying,” Mariotti said, “I don’t think either paper [Sun-Times or Chicago Tribune] is going to survive.

Meanwhile, Back in Boston:

Radio Station WEEI recently relaunched its website with the expressed goal of becoming the authoritiative source for information on Boston sports, directly competing with the Boston Globe, and in fact, hiring several former print journalists. Hence, we can reasonably infer that they’ve seen the weakness of the print media, and they’ve decided to attack.

For those who don’t know, WEEI is the local sports radio station, who for years has literally given a voice to many of the cities sports columnists whom we’d only otherwise know through their 5 column inches a day. A few years back, The Boston Globe tweaked them hard, by banning appearances by any of their sports staff on WEEI airwaves.

This means that exactly at the time when print media in Boston is reeling, specifically The Boston Globe with a 24% ad revenue loss , they’ve now got to step up their competition.

If WEEI pulls this off, it’s a model that we can expect to see repeated across the country. The recipe is clear and one wonders if we’re going to see it in Chicago next.  Columnists like Jay Marriotti will be taking their personal brands, brands which were built at great expense in the print world, and taking them to compete directly against their former task masters via the web.    There are rumors that WEEI has been courting high level columnists at both print newspapers around Boston to join them.  And they could easily end up with a bigger stable of top names than both the print rags combined.

Choose your own analogy:

The barbarians are at the gate…