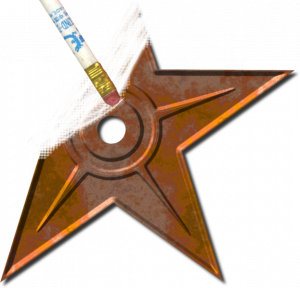 I was listening to This Week in Tech with Leo Laporte this morning and the gang got onto a topic that I’ve been thinking alot about lately: as bloggers, what should we do when we need to edit live posts?

The topic was prompted by Xeni Jardin’s purging of every single reference (among the hundreds) to Violet Blue on BoingBoing.com with no notice. That matter’s been covered to death but you can catch up with the story here in the LA Times.

Where I come in is this: I received an alpha software push yesterday, and since I hadn’t checked my personal email, I didn’t realize that’s what it was. I thought the software had gone to regular release, so I blogged about it. A little while later my buddy who pushed the software gave me a ring at the behest of his PR firm. They were a little concerned that they might lose some of the more mainstream press if they realized I’d scooped them.

My thinking was very simple on this issue: if I’d read my darned email, I never would have published. So I went ahead and unpublished the piece. Now I realize that would send a Journalism School professor into absolute fits. But my position is that I reserve the right to correct my mistakes, and I will do my best to make sure where it actually matters (such as a factual correction) to make a notation. Similarly, I do my best to disclose if I have a vested interest in something I right about.

So let’s take the case in point of my post on the Tampa Tribune last week. Morris noted that I’d had their name wrong in the first version of the post via my comments feature. So I commented back, saying that I’d fixed that. The question is, does merely noting the change (a day or two later) in the comments suffice? Or should I be noting changes in the body, say at the bottom with italics? Some suggest using the strikethrough to show that it’s been changed, but I really don’t like that.

Further to the point, I will frequently publish a post, then continue to edit, usually fixing formatting, spelling, etc. That’s exactly the case with this entire paragraph which I’ve added after I hit the publish button. In many cases, I fix things because as I give it a read, I find that I made absolutely no sense, or didn’t make my point as well as I could have. Does that actually necessitate a note? Or can I invoke the “15 minute rule” wherein editing anything I post is fair game for 15 minutes.

The bigger question is that as a blogger, how much time should I be spending trying to adhere to the old school standards of journalism?