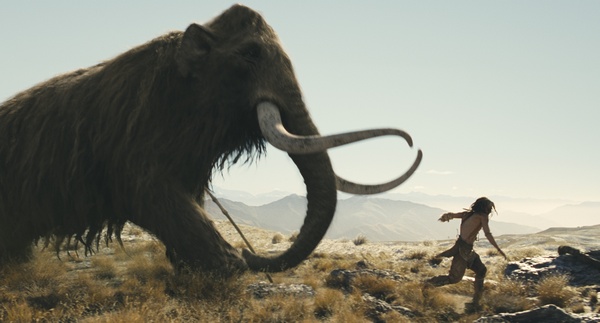 Newspaper insiders for the most part weren’t all that surprised to see the  Tribune Company file for Chapter 11 bankruptcy protection yesterday.  The Trib has been in trouble for some time, and it hasn’t been helped by high profile fights of the past two years by owner Sam Zell, who purchased the company in April of 2007, which saw him take the company private.   Since then his fights with the leadership of the Los Angeles Times  have achieved near legendary status.

The problem is that bankruptcy isn’t a complete answer for the Tribune Company.    Perhaps they’d do best to do as Sam Zell suggested just a short time ago when the mortgage crisis was at the top of the news:

“…this country needs a cleansing. We need to clean out all those people who never should have been in houses in the first place.”

Perhaps indeed the newspaper industry also needs a cleansing, and all those who should never have owned newspapers should be cleaned out.  For example, Sam Zell. END_OF_DOCUMENT_TOKEN_TO_BE_REPLACED

The Project for Excellence in Journalism (funded by the PEW Charitable Trust) has an excellent report out on the Changing Newspaper Newsroom – with some very interesting statistics that seem to imply the newspapers still haven’t got the message about their value proposition.

It has fewer pages than three years ago, the paper stock is thinner, and the stories are shorter. There is less foreign and national news, less space devoted to science, the arts, features and a range of specialized subjects. Business coverage is either packaged in an increasingly thin stand-alone section or collapsed into another part of the paper. The crossword puzzle has shrunk, the TV listings and stock tables may have disappeared, but coverage of some local issues has strengthened and investigative reporting remains highly valued.

Well, that sounds good, but in looking at the graphics we see that the biggest area of cuts is what many point to as one of the two biggest differentiators with online journalism, the Copy Editor (the other is local coverage, which we’ll get to in a minute.

The thing in my mind is that you can’t hold the lack of editing up as the big problem with blogs, citizen journalism, or whatever you want to call it, then club your own copy editors like so many seals.  They’re either important or they’re not.

As an experienced writer and blogger I can tell you that I am much better when I’ve got a competent copy editor to work with.  Not only do they catch the typos, they’re the folks that ask “What are you, writing in esperanto?  Say what you mean.” or “This section needs to be rewritten, it doesn’t say what you think it does.”  It’s the reason I so often post here and am corrected in the comments section by my astute readers.  The truth is, on a blog, you’re my copy editors.

The real answer is that they’re devoting *proportionally* more space to local news, and have contracted both the overall number of “resources” they have available (magic decoder ring: resources were formerly known as “people” or “journalists” prior to the ascent of the accountants) as well as decreased the number of pages they’re publishing overall.  There’s no mystery here, and the big news will be how this all works for them.  Personally, I think the newspapers missed their opportunity in 2000, and they probably won’t be getting another one.

If reporters are laid off and the paper doesn’t report their actions – did it really happen?
It is, perhaps, an unforgivable journalism sin that this story is not being told fully by some closely-watched U.S. newspapers. Reports from The New York Times and Editor And Publisher indicate that editors-in-chief of Tribune newspapers in Florida are neither announcing nor publishing the newsroom layoffs they are making at this very moment.

From the E&P item: “Of concern to several staffers, however, has been the Sun-Sentinel’s lack of reporting on the cutbacks, with no stories appearing in the newspaper or on its Web site about the cuts. In most cases, newspapers have reported on their own cutbacks prior to the final reductions.”

Right on Robb – newspaper, cover thyself…to paraphrase the old saw about physicians.  The wholesale carnage in the industry, while getting mention in blogs such as this, is generally going under or even un-reported.  As I noted before, we’re talking about people, even if we cloak the humanity in terms like “resources”.  And these actions while they may impact newspaper readers a little, are both “life and career altering events” for the people experiencing them.  I know, I’ve been there, and over a year later, even though I’m well employed, I am still dealing with the vast ramifications, both personally and financially of that layoff.