Om Malik reports this morning that Skype is now the largest long distance phone company.  That’s a huge stat when you consider that Skype wasn’t even a blip on the radar a few years ago, and flat out didn’t exist a decade ago.

We’ve come a long way.  Remember when you got calls from MCI, Sprint and the rest almost every day?  Remember the incredible bills when your kid called American Samoa or Rangoon?

Telecom was one of those industries that had been completely comoditized before we were born.  It became all about price and marketing.  Skype has taken it to the next level, by providing a large portion of it’s long distance computer to computer communications for free.

That’s changed the way a lot of people live.  My Aunt and Uncle talk to their granddaughter in Alaska almost every night.  Such a call from the east coast of the US would have been priced prohibitively just a couple years ago.

Many companies have a “Skype First” policy, in which all internal communications should first be attempted via Skype.  The savings for business is dramatic.  It also changes the way people work, as it’s now easy to keep a voice line open with someone on the other side of the world for hours at a time.

Congratulations to Skype for pulling off the unthinkable – they’ve moved into first against all the other long distance companies.  Hmmm…wonder if they’re profitable. 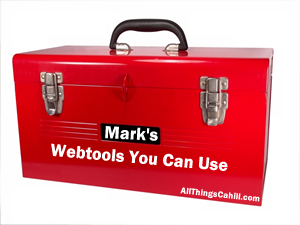 I’ve got a few tools that I probably don’t mention enough. These are the things that let me work faster, better and, at least appear, smarter. They’re not the sexy, but less useful stuff, like Twitter, etc. These are the day in day out go to services that you’d be a fool not to use: END_OF_DOCUMENT_TOKEN_TO_BE_REPLACED