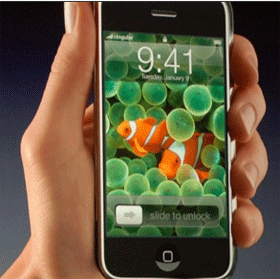 Rob O’Regan posts today that the Iphone’s success will largely hinge on the cell phone provider ATT Wireless (formerly Cingular, the carrier I use).

Wireless carriers in general have shown a remarkable ability to not care about their customers, opting to put far more effort into acquiring new ones than retaining existing subscribers.

When you get a dropped signal while making a call or surfing the Web from your phone, you blame the network provider, not the handset maker. But with the extreme brand awareness around the iPhone, I sense that any connection problems will reflect just as much on Apple’s brand as on AT&T’s. A few bad network experiences from early users could take the air out of the iPhone’s pumped-up balloon pretty quickly.

And that’s the thing.  The web and cell phones particularly have desensitized us to things that don’t always work. We’ve learned to accept pages not being found, services that aren’t available, and cell phones that drop calls.  Basically, we’ve come to accept shoddy – we’ve ushered in a new “Age of Shoddy.”

I remember in 2000 someone prognosticated that the Internet had achieved as much penetration as it would until the problems were fixed.  The supposition was that the group of people who would tolerate something that didn’t always work was finite.  I recall the example was that while people will accept errors on the web, if they get a blue screen of death in the middle of “ER,” phones will start ringing somewhere.

The opposite is true.  The average consumer is learning to put up with products and services that only do their job part of the time and that is a lesson none of us should have to learn.