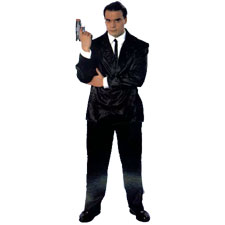 I’ve been saying for a long time that I’m not interested in providing minute by minute detail on what I do, via Twitter, my E-Z Pass, the gps in my phone or anything else. I don’t need everyone to know how many trips I take the the bathroom, and I honestly don’t want a boss, or even my wife to have access to every little place I go during the course of the day.

I’ll say this: I’m not an adulterer, but that doesn’t stop my wife from constantly and relentlessly pondering the issue.

If I seem a little secretive, it’s because I resent the intrusion into my life and even the thought that someone might decide to check out every little thing I do. (and this isn’t particularly directed at my wife, or anyone…)

This story from Boston.com (but originating at AP) is one I’ve been expecting for sometime: “Toll records trip up philanderers“.

“E-ZPass is an E-ZPass to go directly to divorce court, because it’s an easy way to show you took the off-ramp to adultery,” said Jacalyn Barnett, a New York divorce lawyer who has used E-ZPass records a few times.

Lynne Gold-Bikin, a Pennsylvania divorce lawyer, said E-ZPass helped prove a client’s husband was being unfaithful: “He claimed he was in a business meeting in Pennsylvania. And I had records to show he went to New Jersey that night.”

Okay folks, I’m going to say this once again: you have a gps in your phone, you’re updating Twitter all the time, who’s to say that information isn’t going to come back and bite you when you least expect (or want) it. And for you corporate folks, are you possibly tipping the competition to what your company is doing?

Lots of you are thinking “I don’t post about anything that would help them.” For you, I recommend reading “The Ultra Secret” or anything good non-fiction work on WWII cryptography and signal intelligence. Sometimes you don’t have to read the encrypted message to get intel. If you Twitter from certain locations in Washington State, and your company is in Austin, TX, that might just give us a hint as to what your up to.

Funny, I just noticed that while I was traveling this week every bit of paper on my desk was moved…slightly. Should I be paranoid?