So much to cover today, and so very little time…

First off, Open Social – Google and MySpace collaborating on a series of APIs that will let us share profiles, etc. across social networking platforms (previously known in the 1.0 world as “sites”).

And, as Dave Winer notes (and now that I’ve cited Dave Winer after all these years, have I completed my game of Blogger Bingo – do I need to sign out permanently?), they may have pushed it out the door to try to beat the Facebook announcement yesterday of their new ad technology.

From the NY Times as linked above:

Yesterday, in a twist on word-of-mouth marketing, Facebook began selling ads that display people’s profile photos next to commercial messages that are shown to their friends about items they purchased or registered an opinion about.

For example, going forward, a Facebook user who rents a movie on Blockbuster.com will be asked if he would like to have his movie choice broadcast out to all his friends on Facebook. And those friends would have no choice but to receive that movie message, along with an ad from Blockbuster. 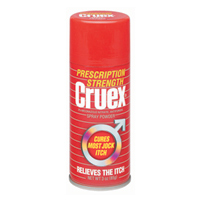 Yeah, great…call me old fashioned but my way of thinking is this: if you expect me to advertise your product or service for you, I expect to be paid. If you think I’m going to willingly give you permission to reach out to my friends because I happened to buy some Cruex for my nasty case of crotch rot, you’re dead wrong.

Maybe I’m a Yankee, but I don’t believe in imposing on my friends and family. I don’t refer businesses to people unless there is a real need. I am not a shell for you to load into your shotgun at will. So just like the newsletters and the permission to have your “partners” contact me that you always ask for and I always deny, it’s yet another box for me to un-check every time I fill out a form.

And trust me, if you want to remain on my friends list, I really don’t want to see your smirking face on an ad either.