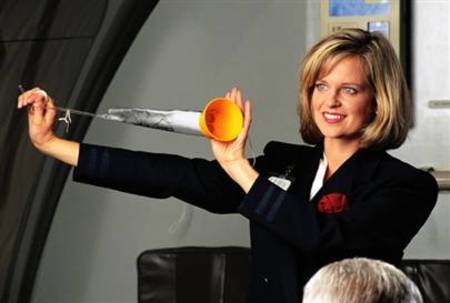 Over the past few days, I’ve seen several of the A-listers on Twitter tweeting directly to the airlines themselves about problems they were having with flights. Sounds like a neat use of Social Media? Not hardly, when you look at it closer…

You see, in the first case, the A-lister in question turned up late for a flight, which happened to be overbooked. So this A-lister came up without a seat, along with something like 8 other people. Immediately the A-lister began to whine on Twitter about the party at SMDBcon (or where ever these folks are currently flocking to join the conversation), while tweeting directly at the airline’s corporate twitter account to help them. Veiled threats of a full on Twitter flogging ensued, then suddenly, the final “I’m on, but in the last row…” tweet.

Here’s the problem. What about the other 8 folks? I’m not saying Twitter was the resolution to this problem, but if it was, it was exactly the wrong move. If they did “help out” all they did was create a whole new level of support for a very minor subset of their customer base, the Twitter enabled self-obsessed web marketing-types. And remember, this person was going to be late for a party. What about the others? How many of them missed something important?

For the record: Internet: 1.5 billion users, Twitter, around 8 million (and a large portion of those don’t actively use it); so the question becomes this: why would you want to create another tier of customer support just for these folks? Are the Twitterati that important to us? Is it incumbent on business to make sure an A-lister who was late for the flight is hurried off to their party?

Think it’s just an isolated incident? The same week I saw another A-Lister tweet that he’d been kicked off a flight. Then for the next hour he bitched about the attendant that threw him off, for having refused to turn his cell phone off after the doors were shut. That’s an FAA regulation, and for the record, if you travel very much at all, you should know that you’d be summarily tossed if you refused. This fellow went as far as tweeting direct to the airline, using the attendants name, demanding they should be summarily fired.

So let’s think carefully about this: do we really want to go down the slippery path of creating another tier of support, so that we can enable people to get around the existing process? Discuss….

4 Replies to “The Dark Heart of Social Media Marketing”