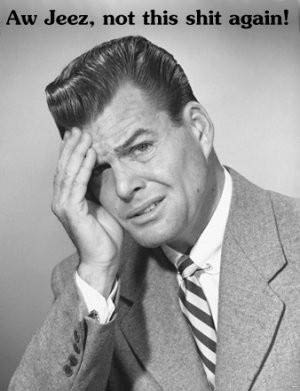 For the record, I’m the last guy you should get financial or economic advice from.  Even so, I was shocked to find a story in the New York Times yesterday, entitled “Good Bye Reforms of 2002.”  The lead ought to grab you:

Sarbanes-Oxley was passed, almost unanimously, by a Republican-controlled House and a Democratic-controlled Senate. Now a Democratic Congress is gutting it with the apparent approval of the Obama administration.

The House Financial Services Committee this week approved an amendment to the Investor Protection Act of 2009 — a name George Orwell would appreciate — to allow most companies to never comply with the law, and mandating a study to see whether it would be a good idea to exempt additional ones as well.

Some veterans of past reform efforts were left sputtering with rage. “That the Democratic Party is the vehicle for overturning the most pro-investor legislation in the past 25 years is deeply disturbing,” said Arthur Levitt, a Democrat who was chairman of the Securities and Exchange Commission under President Bill Clinton. “Anyone who votes for this will bear the investors’ mark of Cain.”

So that’s it.  No more Sarbanes-Oxley Act, no more pesky fiduciary responsibility, no more having to worry about those tiresome investors.

Many of you are saying “so what?”  This I can answer in three words: Enron, Worldcom, Madoff. Surely we all remember those names.  Every single one a case study in corporate greed, each left thousands upon thousands of people financially ruined.  Each case was blamed, fairly or not, on the GOP.  So how is it the Democrats, who I’m always told by the left are steadfastly against corporate greed, are the ones gutting this bill?  Don’t they care about protecting investors, employees, etc.?

The fact is this: they don’t.  Not now, and the next Enron, or the next Worldcom will be entirely their responsibility.  The sad truth is we’re on our own…and we always hve been.  There ain’t no cavalry over that hill and there darn sure isn’t anyone in Washington trying to save us from the next financial debacle.

Now on the other side of the equation, I’ve been hearing a lot lately about how the recession has eased, but has yet to show any job growth at all.   Perhaps the government is quietly trying to make things easier on business in these trying times to enable them to find a way to grow.  It’s clutching for straws, but it’s the only thing I can think of…at least that doesn’t make me want to scream.

So why am I blogging about this? Because other than a single article in the New York Times (kudos to Floyd Norris) there is precious little being broadcast or written about this.

Throw in your own despondent cliche here about history repeating, or old dogs turning tricks, I’m gonna go put what little money I have in a mattress somewhere.