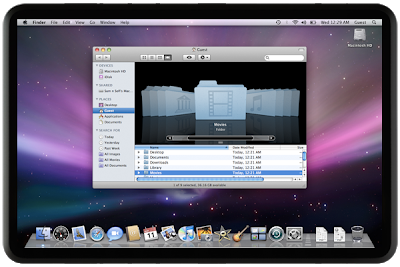 I was listening to a netcast this morning (This Week in Media) and the host Alec Lindsey put forward the suggestion that many content related businesses were planning on developing specific content for the iPad.  I had a couple thoughts…

If the iPad becomes wildly popular, I’ll have a look at developing specific content for it, but for now, I’ll expect users with that device to fire up Safari and visit the old fashioned way.  We’ll get an idea today as preordering started about 9 minutes ago for the wi-fi version of the product.