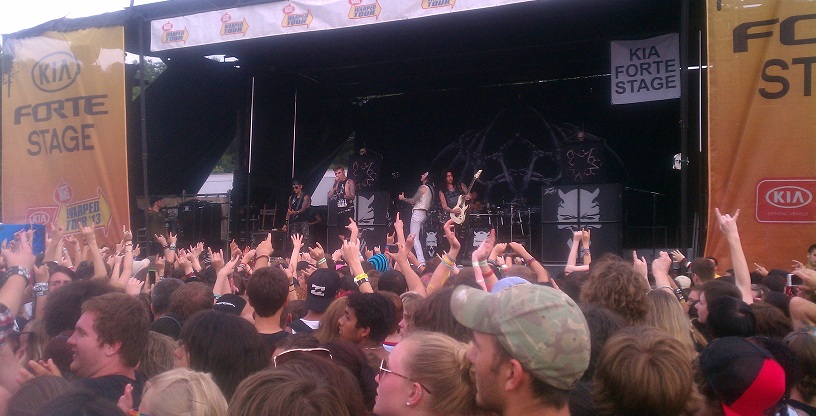 Last Sept. I promised a certain 15 year old girl that if she managed all A’s and B’s she could basically name her reward. Warped Tour Tickets were it…so I got to go.

All in all, a pretty enjoyable day of music. Quickie reviews of the bands I saw:

Never Shout Never – these guys are real musicians. I think they might have almost fit in better at a jam band festival, but the crowd really dug them, and so did I. Ukulele music for the win… (btw, these pics aren’t from the show, I wasn’t close enough to get any good shots, save the one in the lede). 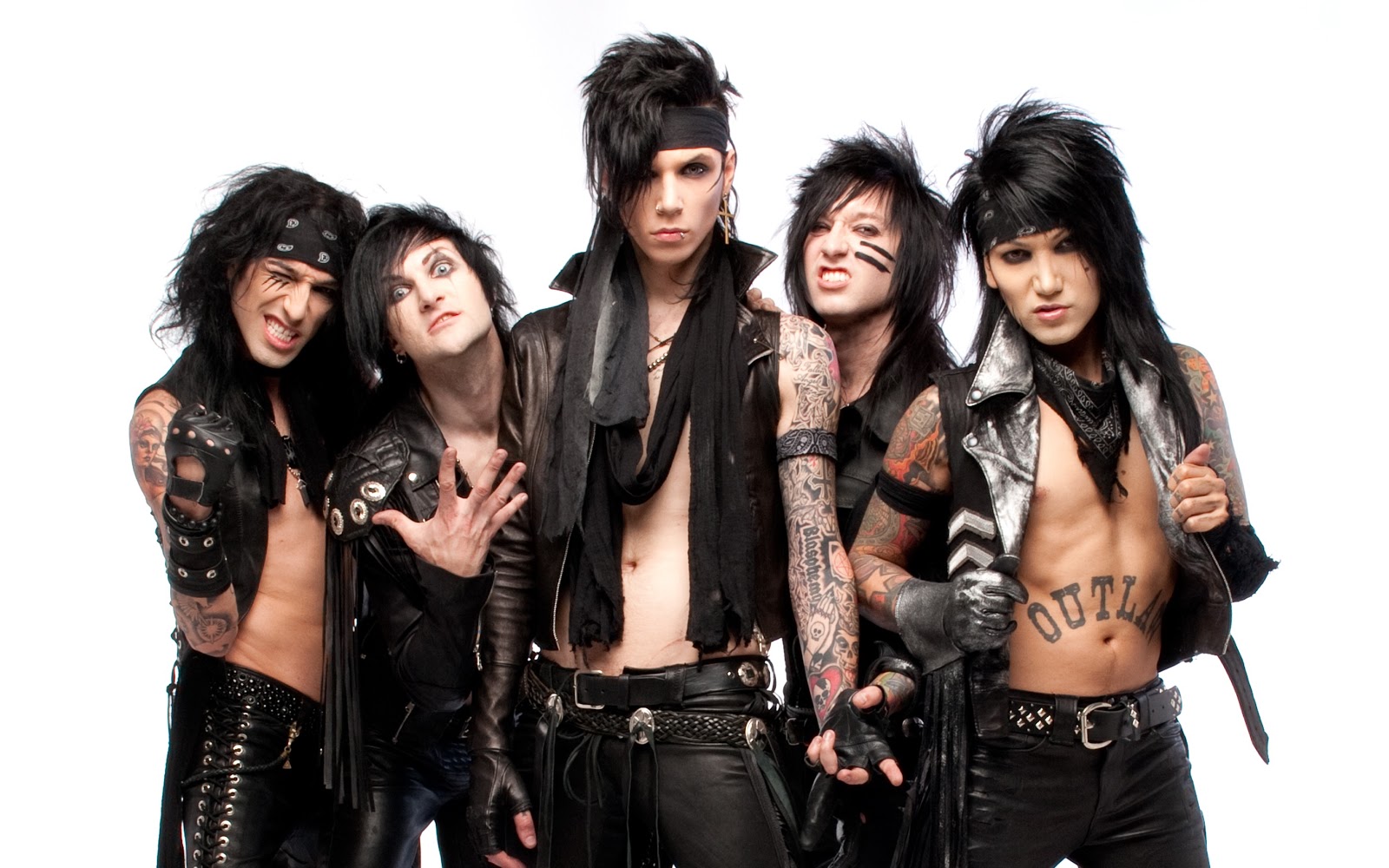 Black Veil Brides – one look and you can tell they’re a band out of LA. Probably the best stage presence of any of the bands, everything about these guys was nailed down and under control. Loved it when Andy, the lead singer, nearly went into the crowd after some clown giving him grief.

Bring Me the Horizon – as a band, fairly tight. More hardcore than would normally appeal to me. The lead singer, Oli, is a total douche, however, inciting the crowd to “riot” and then trying to turn the entire crowd into a giant circle pit. Without question he sent people to the hospital with his words.

Sleeping with Sirens – For as bad as I say Ollie from BMTH was, Kellin Quinn was that good. He had the presence to see he had a tight crowd, and did the right thing, imploring the crowd to “help each other” so that no one else would have to go to the hospital. The band ripped through their mainstay numbers, and did not disappoint.  Notably some dude in a wheelchair crowd surfed his way to the stage (yes IN his wheelchair). Musically, Sleeping with Sirens, as the headline act, was crisp and well deserving of that stature, starting with If I’m James Dean, You’re Audrey Hepburn with the classic line:  “They say that love is forever, your forever is all that I need.”

Uncharacteristically for a post-hardcore band, he took the time to slow it down, pulling out Second Two: Roger Rabbit to slow things down a bit mid-set.  This was a real audience favorite as judged by the number of fans singing along.  Then from there they whipped it back up to a frenzy with Tally It Up, Settle the Score.  The finished the set with If You Can’t Hang.

While waiting to leave I had a long time to talk with one of the Police Officers that works detail at ComCast Center.  I casually mentioned to him “this must be your favorite day of the year”.  He laughed.

“These kids are great.  Last year, not a single arrest.  This year, one, at the very end of the show, and it was really that the kid didn’t know when to shut his mouth.  Tomorrow night, with 3-11, we’ll have a minimum of 70 arrests. The country music fans are the worst; they drink hard liquor.  These kids don’t drink at all.  Listen out there.  Not even anyone screaming in the parking lot.”

I hadn’t noticed it before, but he was right.  Other than the cars running waiting to leave, it was almost as quiet as it could be…