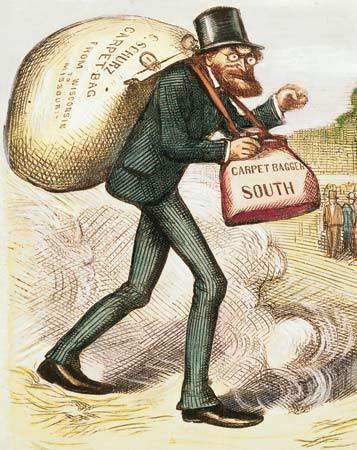 PC Magazine announced last week that their January issue would be the last issue they actually print, from then on, they’re a web-only publication.

From The New York Times:

It is the latest of several magazine publishers to drop a print edition, as advertising plummets and the cost of printing a paper version rises.

“The viability for us to continue to publish in print just isn’t there anymore,” Jason Young, chief executive of Ziff Davis, said in an interview.

While most magazines make their money mainly from print advertising, PC Magazine derives most of its profit from its Web site. More than 80 percent of the profit and about 70 percent of the revenue come from the digital business, Mr. Young said, and all of the writers and editors have been counted as part of the digital budget for two years.

There are only two surprises here, first that it took them so long to realize that online was the only viable medium for them, and that they continued to call themselves “news” got so little play to begin with.

I’ll leave the inevitable “if it’s online only, can you still have ‘magazine’ in the title” snark alone for the day.  The real news here is that some news is best delivered over the web, and Tech News is one of those things.  The long print cycle lead times ensured that by the time the magazine would turn up on your doorstep, the news content would be old and moldy, having been macerated to death by various blogs, news sites and forums.  The key factors for moving Tech News online:

In the end, doing tech in print now means deep analysis and rigourous testing (both of which PC Magazine has always excelled at).  Yet, those can be offered online, and with a richer presentation.  Back when I started editing Reel-Time.com I remember new writers would always ask “How many words do I have?” when we talked about their weekly columns.  I always had to laugh, the notion of specific column length being so “print-centric.” On the web, we are free to throw as many pixels as we need at an issue.

I believe we’re seeing the tip of the iceberg.  Those that can make the jump will start to make that jump quickly.  Notably, I expect to see trade journals become a relatively rare beast.  Ivory towered experts lecturing professionals about their profession is a thing of the past.  Instead, users will gravitate to profession-based niche social media.  The journals will slowly cease to exist, and the magazines that remain will be serving the less technical of the professions.

For all the talk, er, converstation, going on about Social Media, we really haven’t got there yet.  I think the next year will the telling time, when we see more application of the prime tenets towards the professional space.  Where as we may have proposed a network for surfers last year, which we might monetize someday, this year, we’ll be proposing a network of plumbers, which we’ll be monetizing starting day one.

Once again, we’ve had a “Genie is out of the bottle” moment, and things have again changed for print.  There’s a digital diaspora going on, and we’ve seen a steady wave of carpetbagging print journalists, so it only makes sense that the institutions themselves attempt to make the move.  It’s the publishing equivailent of breaking down the presses and moving them where the money is.

So, if you’re in print, think about this: how can you better leverage social media online now to allow you to make a transition later?

And one bit of information to remember: in the 1970s print still used Linotype machines for typesetting.  There were tons of highly skilled linotype operators out there setting type for everyone.  When the first Atex systems came along, they started to put those guys (my grandfather was a life-time linotype operator by the way) out of a job.  About a decade later, the job no longer existed anywhere.

Are you a potential digital carpetbagger, or will you go the way of the linotype operator?