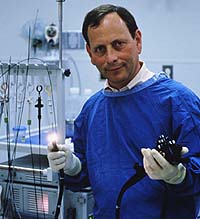 My father used to tell a story from his youth, growing up in the depression with my Grandmother and my Great Aunt Sue, the family matriarch and a woman whose strength  I never fully appreciated in my youth.  There were rules which Aunt Sue used to keep the family together, and one of those was “No Day Laborers.”

It was tough times in Dorchester, Ma during the Great Depression.  As it turned out, that rule worked quite well for the family.  It was also taken loosely to also banish “jack of all trades.”

What’s that got to do with new media?  Well, I see a lot of  “new media specialists” in twitter, on friendfeed, etc. these days.  It reminds me of the distant past when I started working on the web, I started as a webmaster (you haven’t heard that job description for a while, have you?).  You see, then the field was so new, it was the province of the generalist.  We had to know a little about everything, from server management, to installing code libraries, to writing and debugging scripts, SEO, SEM, community management, advertising, etc.  Each of those areas of knowledge now is its own particular specialty, with people who devote virtually all their time to thinking about it.  In that transition, the need for a real webmaster died.

My point is that new media is at or has passed that watershed moment.  It’s not good enough anymore to be a “new media specialist”, or even a “web video specialist.”  It’s heading to the direction where each of the general video tasks will become their own separate areas of specialization.  Such as editing, or compression, etc.

So now would be the time, especially if you are looking to retrain, or are already working in new media, to think about becoming more specialized.  In the long term I believe you’ll see more job opportunity, and better job security.  You’ll still compete in the general market, and you’ll have that one area of expertise where you’ll be the superstar.

3 Replies to “Advice for Those New to New Media – Specialize”