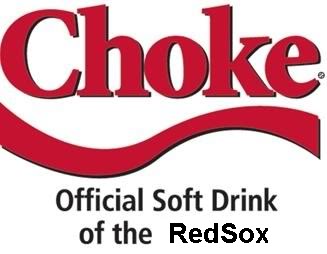 My name is Mark and I’m a Red Sox fan…

Not much can be said about yesterday, a truly epic failure that will leave Red Sox reliever Jonathan Papelbon firmly in the goat seat for the next year, for the most part undeservedly.  Let’s face it, without him, the Sox would have been playing golf last week, not tasting the joy and sorrow of post season ball.

In early August I posted a simple message to the #redsox Twitter hashtag: “I don’t feel it this year…”  I stand by that.  After a dismal July, and a complete failure of our big bat to show up in April or May, or our seeming inability to stop a steal, we had no right to expect post season play, much less that it would really lead anywhere.  This team was streaky, with prolonged  batting droughts and then massive spurts of production that made the stats meaningless.  When you’re prone to throwing up Ofer games throughout your lineup, bad things happen.

Much will be said about this collapse, but the truth is this: the way this team played, they had no right to be in the playoffs.  For next year, expect more of the same, if they don’t open the purse strings and find some offense to add to the lineup.  I am thankful to Varitek, Ortiz and a the rest of the team, but it’s time for us to look forward, instead of honoring our past.  We have a potential pitching lineup next year that only comes around once, a staff so utterly packed with studs that we need to take advantage now, and not allow it to slip through our fingers while we suffer a “rebuilding year” or two.

Theo: your best bet is to keep your pitching staff as is, then build around the young guys.   Ellsbury, Pedroia, Martinez and Youkilis are the future.

The good news is that in baseball today you don’t necessarily have to settle for a rebuilding year.  The rules haven’t been fixed, so we can still do a Steinbrenner and buy our way out of purgatory.  The even better news is that the Red Sox can potentially afford to do this.

Yesterday, I predicted there was no way our boys rolled over and coughed up the ALDS game the Angels.  My exact words:

#redsox will win today. Their bats will come alive and wreak havoc on Kazmir. Mark my words.

They let me down. They let us down.  They let themselves down.  Truly, who didn’t see it coming when they opted to walk Tori Hunter to get to Vlad Guerrero?  I know Vlad was 1-7 lifetime against Paps, but really?

The Red Sox management has as much or more blame here on the field.  From slow managerial reactions, to the over dependence on keeping the faith in non-performing stars, to the failure either during the off season or in season trading to find some serious offense.  All problems they failed to deal with or dealt with too late to matter.  Now, almost everyone of those issues will be on the plate again for the off season.  We will learn more about this organization this off season than we have learned in either of our World Series wins…as it is in adversity that we see the true character of a team.

As far as the post season, I find little to cheer for.  There’s really no one left I can find it in my heart, with the possible exception of the Phillies.  We’ll see if I can even drag myself in front of the set again.

For now, the only comfort is in the words we older Red Sox fans cut our teeth on…maybe next year.