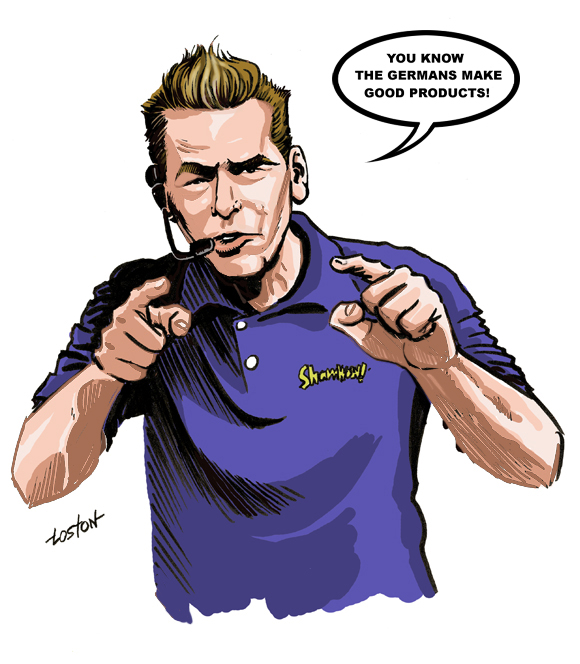 That’s right you heard it here first …the darling of the noveau marketing is “transparency” and unfortunately, it’s the wrong answer.  Transparency and disclosure simply aren’t enough.  For some crimes, Mea Culpa simply won’t cut it.

Yes, if you are accepting payment from outside entities in return for writing that blog post or tweeting that little tweet, you need to disclose.  For me, all the “disclosure” in the world isn’t going to absolve you if you’re writing a disingenous post about some product that you wouldn’t have reviewed otherwise.  But hey, if you want to use your blog or twitter account to become the online version of “Headset Vinnie” that’s up to you.

It’s time we brought back an old custom: Shunning.  Wikipedia defines it as:

Shunning is the act of deliberately avoiding association with, and habitually keeping away from an individual or group. It is a sanction against association often associated with religious groups and other tightly-knit organizations and communities.

One of the big tenets of Social Media is that it is almost universally “opt in” which means we have to invite you in, otherwise we’re not going to see you.  By the same token, if you’re using your various accounts to shill for pay, then we’re going to just as easily opt out.  As the line from the rock opera ‘ Tommy’ goes, “Let’s forget you better still!” and that is exactly what we’ll do.

Eventually, we’ll all have our Google Profile or something similar and we’ll be filtering what we see through the groups we’re associated with.  These groups will consist of our friends and peers and in that, there will be an implied level of trust.  Just as you might have an issue with your cousin if he sent the Kirby Vaccuum guy your way, we’ll be darned annoyed at people that are themselves trying to make cash by becoming the Kirby Vaccuum guy.

Frequent readers here will know that I’m not a big proponent of “personal branding” but I will say this: using your personal brand to pitch for pay, as our friends who use Izea are doing is a recipe for disaster.  Take my cue and shun anyone who’s posting for pay.

When we get right down to it, we’re not really interested in transparency or disclosure; we really want honesty.  We expect our friends to not put their access to us up for sale to the highest bidder.  We expect that our friends will do the right thing…and that is what honesty is all about.