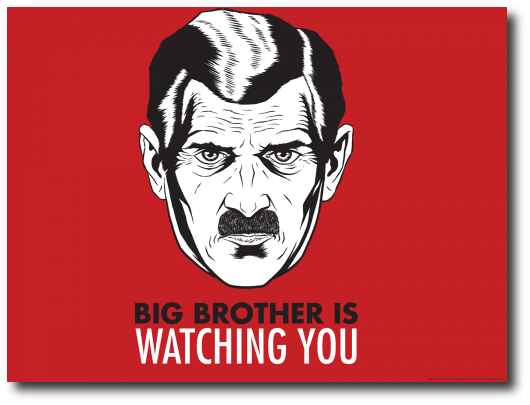 We live at a critical juncture in history.

Technology has reached a point where it is not only tool which we use to control the world around us, it is now potentially becoming a way for the world to control us.

Yes, I sound like I should be wearing a tinfoil hat as I write this.  But the truth is that right now, in Massachusetts we have the state police actively scanning the cars on our highways for wants, warrants, parking tickets, everything, automatically, without probable cause.

When I posted this to Facebook the other day, I had three separate friends report that they had either been stopped by the police based on this information, or had friends who had been.

Indeed, it’s a wonderful technology for the police, but unfortunately the potential for abuse is simply too great.  The Commonwealth of Massachusetts has already taken the first step over the line, by attempting to create a database of where and when every license plate has been seen by a scanner, regardless of whether that plate was the subject of a warrant or not.

Civil libertarians are raising the alarm over the state’s plans to create a Big Brother database that could map drivers’ whereabouts with police cruiser-mounted scanners that capture thousands of license plates per hour. (Boston Herald – 7/21/2011 – as linked above)

This is just the tip of the iceberg.  Last month a Newton man was denied a drivers license when the state ran his license through Federal Government facial recognition software and he was identified, incorrectly, as someone else.

And apparently, he has company. Last year, the facial recognition system picked out more than 1,000 cases that resulted in State Police investigations, officials say. And some of those people are guilty of nothing more than looking like someone else. Not all go through the long process that Gass says he endured, but each must visit the Registry with proof of their identity. (Boston Globe article 7/17/2011 as linked above)

That’s just the start.  In September, police forces across the country, MA included, will begin to use handheld facial recognition systems.

The rollout has raised concerns among some privacy advocates about the potential for misuse. A fundamental question is whether or not using the device in certain ways would constitute a “search” that requires a warrant. Courts haven’t decided the issue.

It is generally legal for anyone with a camera, including the police, to take pictures of people freely passing through a public space. (One exception: Some courts have limited video surveillance of political protests, saying it violates demonstrators’ First Amendment rights.) (Wall Street Journal – 7/13/2011 as linked above).

Current versions require them to snap a pic from within 5 feet, but we can expect that envelope to increase.  Will they begin actively scanning faces for potential malefactors?  What is to keep them from scanning everyone entering a large sports event such as the Super Bowl?

Lump in the privacy concerns that are created by Google and Facebook storing as much information as they can possibly grab via tracking cookies, etc, and it’s beginning to look like a guy (or gal) can’t get a break.

As has so often been the case in the last decade, the argument for these services comes down to combating potential terrorism.  Think about the arguments that were made for the Patriot Act – that it was a necessary for fighting terrorism.  However, in practice, it has primarily been used as a tool in drug and organized crime prosecutions.

The truth, to me, is that these tools are simply to easy to abuse.  We cannot allow our government and police to use them against us.

Choose now…do you want an America with the freedom your parents had, or do you want to live in a police state where literally everything you do is watched and recorded.  Because that is exactly what these systems do, and I fear that unchecked, this ends up like so many bad sci fi movies…