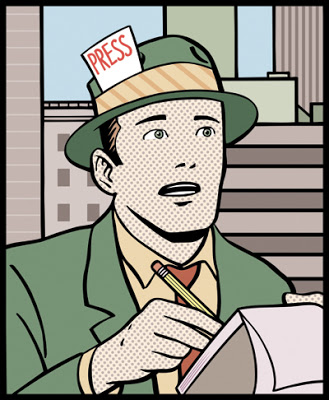 The idea: to run a live Tweet stream from the varied events of the Sutton, Ma Chain of Lights, a celebration that happens at many different locations thoughout the town and its villages.  I used my Iphone with the Twitterlator Application that lets me post pictures direct to Twitter with pictures that I take on my phone uploaded right at that moment.  The tweets all contain the hashtag #suttoncol – short for Sutton Chain of Lights which make them searchable via the Twitter search function, formerly known as Summize.  You can check out the full tweet stream here.

Additionally we (my 9 year old daughter Mackenzie helped me with this) took photos at the events we attended with my Canon Power Shot A530 5 megapixel point and shoot camera.

Why Would You Bother: Sutton, like many small communities, doesn’t get a lot of coverage in the local paper, The Worcester Telegram, and substantially less from the television stations.  Even if they did send someone out to cover the events, they’d have gone to a single location, took a quick couple pictures, or did a quick standup talking to some happy kids, then they’d have been off to their next assignment.  Local events are naturals for crowd sourcing, and what better way to do it than live tweeting with a hashtag, posting a photo gallery, etc.

When I sat down last week to add pictures to the National Gallery and Gift Shop site to help publicize the event, I was surprised to find there were no pictures online anywhere from the Chain of Lights last year, save a few marketing shots by The Vaillancourt Folk Art Museum.

How’d It Work in Practice: I never really expected that it there would be either a lot of readers, or anyone else joining in using the hashtag.  That wasn’t really what this was about.  The big idea was to test and see if it was something that could be done for a bigger event, like a First Night in Boston.  Honestly, Sutton isn’t exactly a hot bed of Twitter users, Eric Guerin and myself excepted.  Surprisingly, I think that this would work very well for that type of event, although there were issues, most of which were either Iphone or Iphone User related:

So Where’s the Photo Gallery? I was hoping that by upgrading to WordPress 2.7 rc1 I’d have access to some better photo gallery tools.  I got what I deserved – the photo upload capability of the blog is now hosed, and 19 hours later, I still haven’t had any response in the WordPress Support Forum, and honestly, I don’t expect to hear from them too soon.  So for now, the photos site on my desktop, waiting to be uploaded.

Final Judgement: It’s a sound idea and one that I’d definitely suggest to anyone running an event that’s going to be diverse, such as a First Night.  While the tools aren’t perfect, this stuff will only get better with time.  Also, if you were to provide space where people could upload their own pictures on your event site, I bet you’d get some truly great shots.  I noticed through out the day lots of folks talking pictures and most were using much nicer slr type cameras with decent lenses, etc.  Bring them together and you’ve got some compelling content that helps to make everyone feel like an important part of your event community.